They’re champions of gnarled tree roots and curious waterfowl. Advocates of grass blades tangled in hair and sun-warmed benches. Staunch supporters of hip-shaking and head-bobbing and stewards of happy little giggles and big oohs and ahhs. They love everything that Waterloo Greenway is and will become. And they’re working hard to make sure that you love your park just as much. 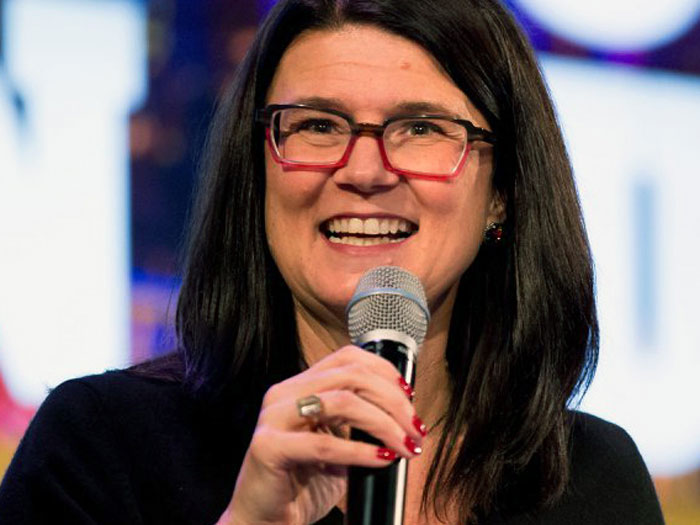 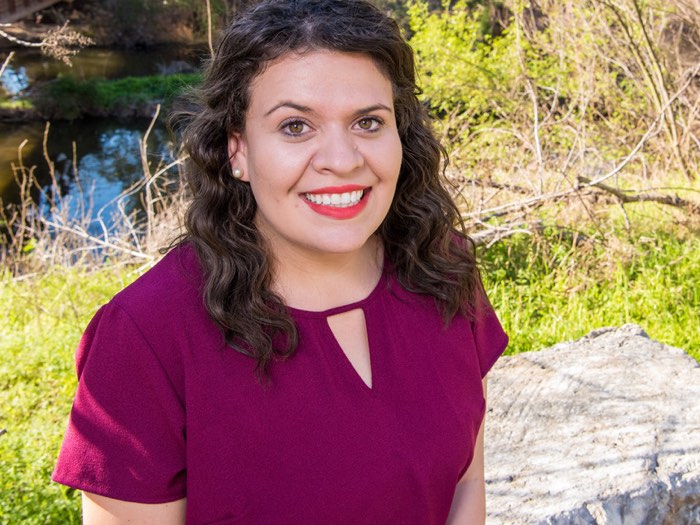 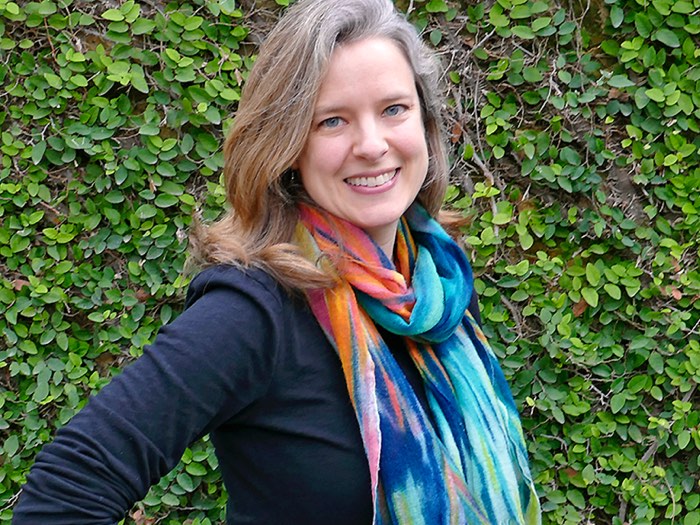 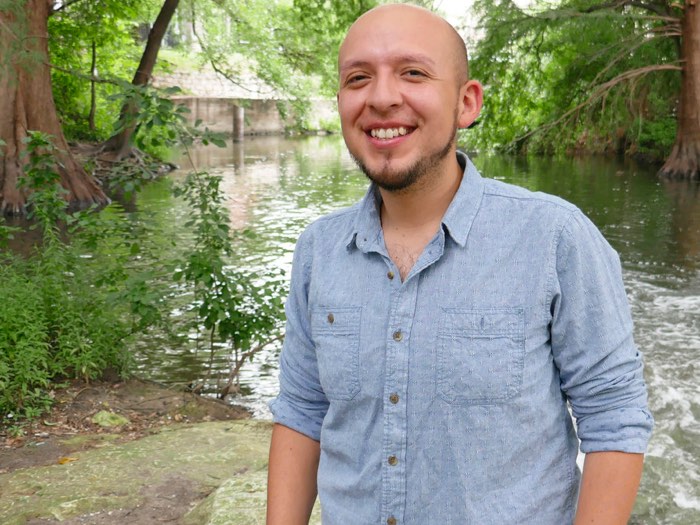 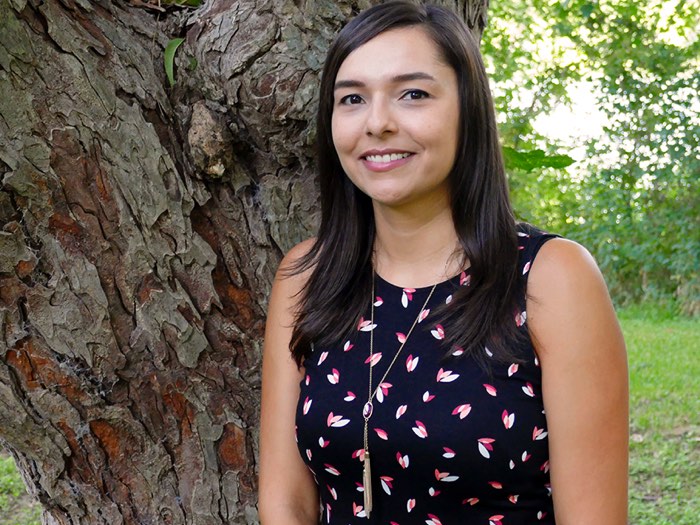 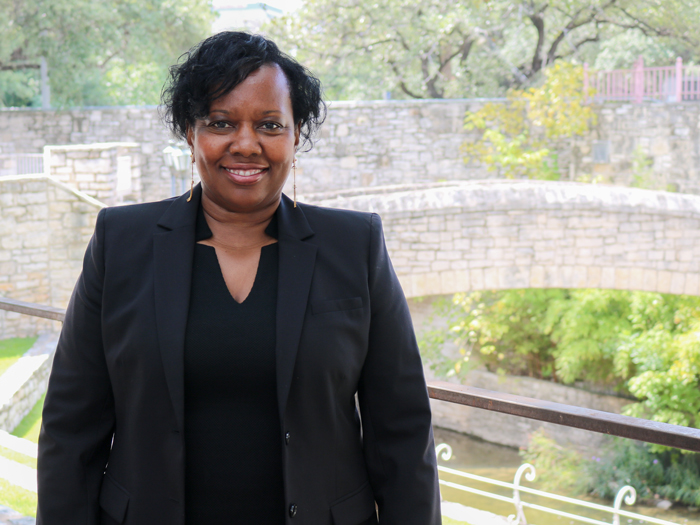 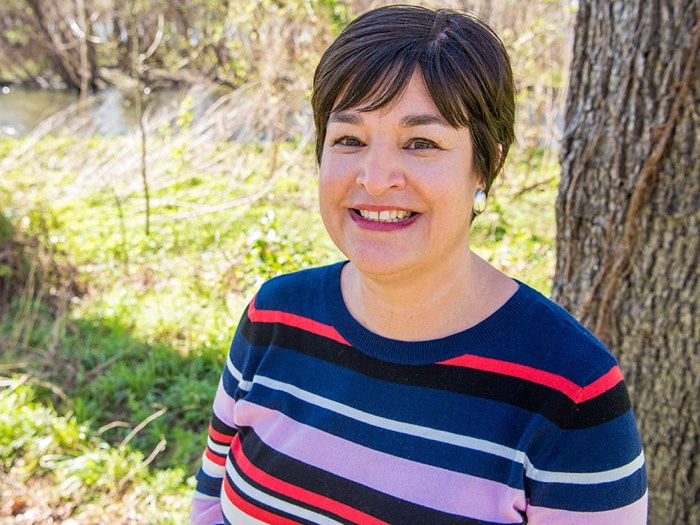 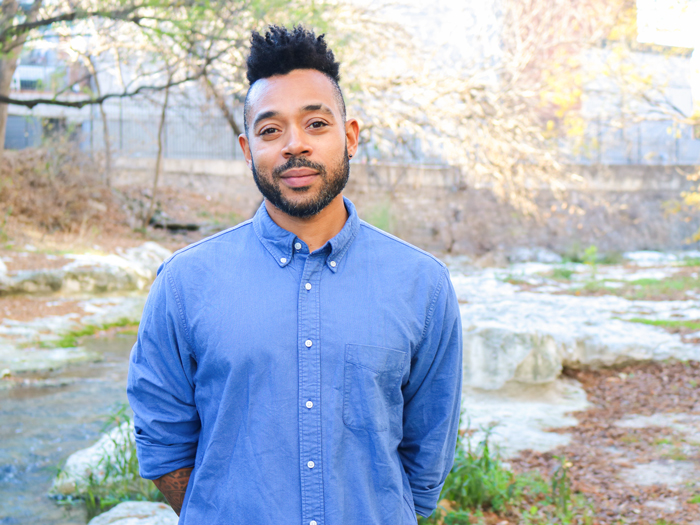 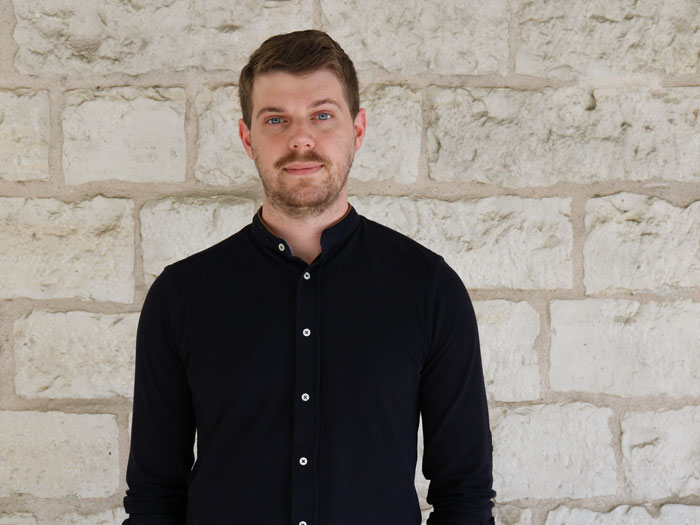 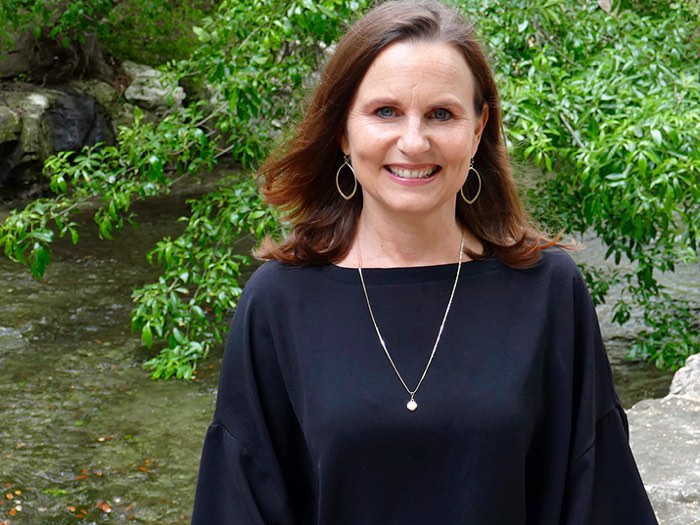 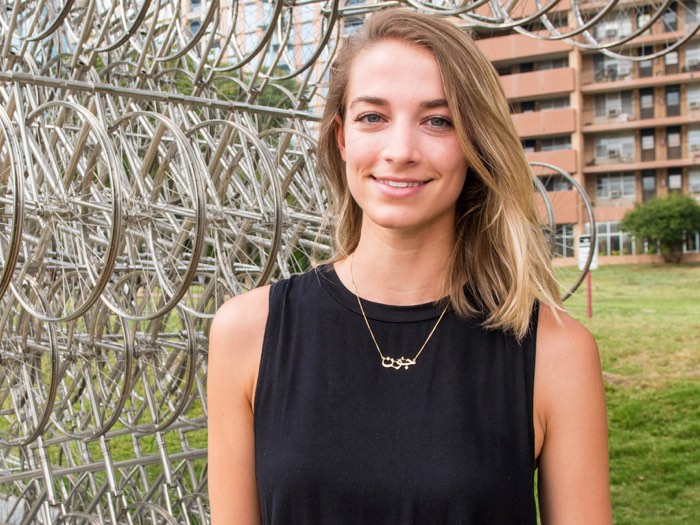 Kelly Pierce Executive Assistant to the CEO and Board Liaison kpierce@waterloogreenway.org 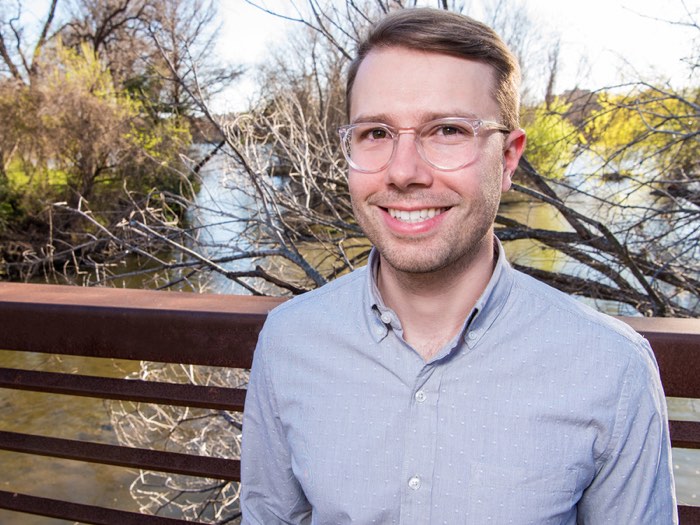 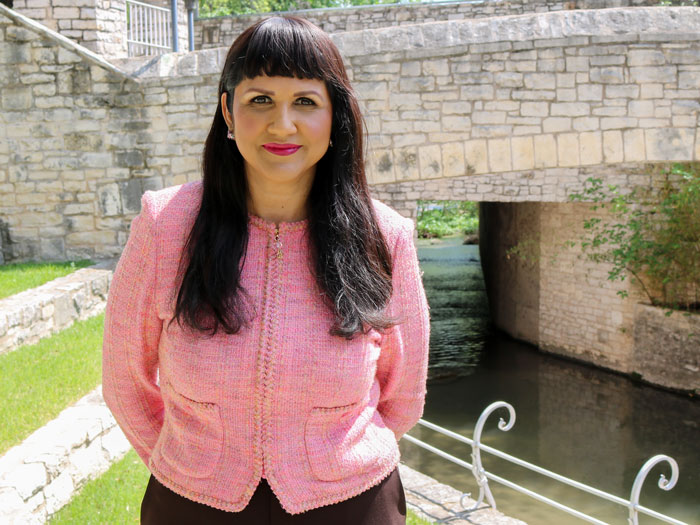 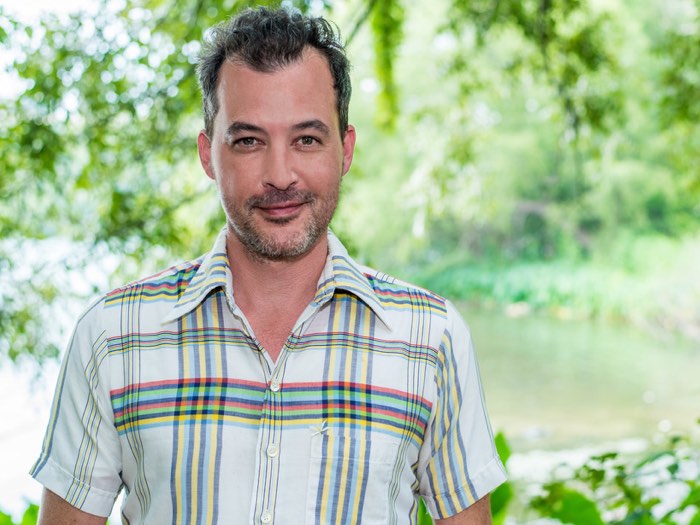 Meet our Interim CEO, Kathy Miller. She will be guiding the organization forward as former CEO Peter Mullan departs for a new role as Chief of Architecture and Urban Design for the Austin Transit Partnership (ATP). Miller began her post with the Conservancy on March 15, previously serving as Executive Director of the Texas Freedom Network for 16 years. She has also held the role of Interim Executive Director for Every Texan since November 2020.

As Miller assumes her new role, Waterloo Greenway’s Board of Directors are beginning the process of starting a national search for its next leader, a process anticipated to take six months to a year. The search will include internal and local candidates, as well as those from around the country who share the Conservancy’s calling and believe in its mission of environmental and cultural stewardship.

“I am honored to join the talented staff at Waterloo Greenway and work alongside the dedicated board and our city and community partners throughout this new season for the organization,” said Miller. “I have a passion for the critical mission of the organization and the utmost respect for the impact it is making in the community that is our home. I am excited to play just a small part in this iconic and inclusive place-making effort, and I intend to use my experience to make this transition as seamless as possible.”

Melissa engages the community in interactive initiatives designed to spark a diverse and inclusive dialogue on Waterloo Greenway planning and programs. She also guides our efforts at City Hall, where she developed strong relationships while leading Capital Metro’s strategic plan for the future of Central Texas transportation. A first-generation Texan Latina, Melissa was the transit organization’s first Spanish-speaking spokesperson. Melissa holds a B.J. in journalism and Spanish from The University of Texas at Austin.

Emily keeps us from going up Waller Creek without the proverbial paddle by making sure our beautiful home base at Symphony Square runs flawlessly. This native Austinite came to us after working in the sustainable agriculture movement for over 10 years, most recently serving as president of the Texas Organic Farmers & Gardeners Association. She previously worked at the SIMS Foundation, where she was instrumental in the formation of the Health Alliance for Austin Musicians. Emily holds a degree in foreign affairs from the University of Virginia.

Homer amplifies the voice of Waterloo Greenway by sharing our organization’s efforts, successes, and needs through a variety of communication channels. Prior to joining our team, he was the social media manager and video editor at Schlitterbahn Waterparks & Resorts in New Braunfels, TX. He also interned at the Texas Film Commission after graduating from Texas State University in 2014 with a B.A. in mass communication and electronic media.

Sherri, aka “the grant guru,” is the vital link between our organization and funding opportunities that align with the Waterloo Greenway mission and vision. She manages every step in the grant cycle, including crafting can’t-turn-down proposals, reporting, monitoring, and creating strong funder relationships. She came to us from Austin Habitat for Humanity, where she was Director of Grants and Contracts. Sherri holds a B.A.A.S in nonprofit studies from the University of North Texas.

Delores Lenzy-Jones is the Chief Financial Officer of Waterloo Greenway. Delores leaves people and places better than she found them. She has spent most of her career at two Fortune 50 companies – Dell Technologies and Microsoft. She most recently worked at CPS Energy as the Chief Financial Officer & Treasurer. As a servant leader, she has served on numerous public and private boards/commissions including the City of Austin, FM Global and Any Baby Can. Delores earned an BBA & MBA in Finance for St. Mary’s University & a BBA in Accounting from the University of Texas. She is a certified public accountant, certified internal auditor, and chartered global management accountant.

Major gifts make a major difference to Waterloo Greenway — and it’s Evvie who ensures that we successfully identify, cultivate, and honor them. This long-time Austinite has worked as a professional fundraiser for local Austin nonprofits, such as El Buen Samaritano, KIPP Austin, and Foundation Communities. She also spent nine years at Public Strategies, where she managed strategic communications and outreach for nonprofit organizations and corporations. She began her career working for Vice President Al Gore in Washington, D.C. Evvie holds a B.A. in history from Vanderbilt University.

As Director of Park Operations at Waterloo Greenway, Martin is responsible for establishing and maintaining the daily upkeep standards for our marvelous destinations. Originally from Jamaica, Martin has spent the past 14 years leading operations at well-esteemed urban parks. He was manager of Bryant Park and then VP of Operations at the High Line in NYC before moving to Florida to head up operations for Miami-Dade County’s Parks Department. Martin holds a Masters in Urban Planning from Hunter College, CUNY.

Chris ensures that the dynamic puzzle pieces of the Creek Delta project fit together neatly to create a new, environmentally-focused space for community gatherings and celebrations along Waterloo Greenway. His passion for sustainable development and green infrastructure combined with his planning and design expertise from private practice and his background in ecological research enable him to translate ambitious design visions into pragmatic realities. Chris earned an M.S. in Community & Regional Planning and an M.S. in Sustainable Design from the University of Texas at Austin and maintains his AICP and SITES AP certifications.

The vast mountain of financial records and details that represent Waterloo Greenway’s progress are kept accurate and compliant by Sumner. She was formerly finance administrator for a nonprofit for seven years and held various financial analyst positions at Stratus Properties and Eastbridge Partners. She also underwrote acquisitions and built valuation models for real estate development at Hatfield Philips in Atlanta. Sumner holds a B.B.A in finance from Georgia State University.

Kelly Pierce Executive Assistant to the CEO and Board Liaison kpierce@waterloogreenway.org

Kelly empowers our CEO, board, and committees to focus on transformation instead of administration and coordination. Before becoming an indispensable part of our team, she was expanding our city’s trailheads of learning as a development assistant at The University of Texas Libraries. She was also an associate teacher at Success Academy Charter Schools in New York. Kelly holds a B.A. in journalism and mass communications from the University of South Carolina.

John is at the helm of Waterloo Greenway capital project, skillfully weaving together the efforts of the project managers, the City of Austin, and the design team. With roots in sustainable city planning and community engagement, he has provided forward-looking solutions to a vast array of project management, design, and programming challenges across his career. John earned an M.S. in community and regional planning from The University of Texas at Austin.

As COO of Waterloo Greenway, Erica Saenz plays a crucial role in building our organizational infrastructure and executing our strategic plan. Previously, she served as Associate VP for Assessment and Strategic Planning and Associate VP for Community and External Relations at The University of Texas at Austin. Board and service commitments include the Community Advancement Network, Goodwill Industries of Central Texas, I Live Here I Give Here, The Hispanic Alliance, The Long Center for the Performing Arts and the Texas Exes Alumni Association. Erica holds a BA from UT-Austin and an MFA from UCLA.

Jon brings to life Waterloo Greenway for diverse audiences, with compelling visuals that make a powerful, action-driving impression. A long-time creative director and artist, he was a design and production lead at Big Medium, an Austin arts-based nonprofit. His deep involvement in our local and visual arts communities aligns with his passion for building a park that will offer so many people an abundance of cultural joy. He holds an A.A.S from the Art Institute of Colorado.